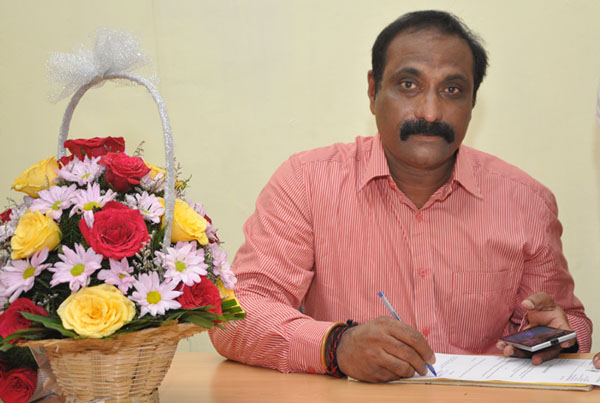 The day, 27th August 1927 is said to be the foundation day of Andhra University Physical Education Department. It was on this day that the Academic Council adopted a resolution and recommended to the Senate that compulsory Physical training and regular medical inspection of all the students be introduced in all the affiliated colleges. All the students who do not take part in sports shall undergo a compulsory course of Gymnastics or any other form of physical training. The Council also mentioned that exemption should only be given to those students who are declared unfit by a medical certificate. In 1928, a committee was constituted with Rao Sahib TS Trimurthi as the convenor to draft a definite and detailed proposal for compulsory physical training in affiliated colleges. On March, 15, 1930 the Syndicate adopted a scheme of physical training at it's meeting. Accordingly, in July, the Management colleges deputed qualified persons for training in the YMCA School of Physical instructors after the training. Physical Education was introduced in their colleges in July 1931.

In 1932, the Syndicate on the recommendation of the committee appointed the Principal of YMCA College of Physical Education, HC Buck, M.A., M.B.E. to visit each college and inspect the grounds and equipment available in the colleges.After Buck submitted his report, the Syndicate, at its meeting held on January 14, 1933 considered the report as well as the proceedings of the Physical Education Committee and resolved to wait for the report of the General Inspection Committee (GIC). There was a marked advance in the field of games during the period 1933-34. Messrs. P. GovindKrishnayya and T.P.Rajan, Lecturers in the University, acted as Secretary and Joint Secretary respectively of the Games Association and guided the students.

The GIC report said that there was a marked advance in the field of games. After that the Senate gave its sanction to the proposal of the Syndicate to appoint a Physical Training Instructor to the University. Applications were invited through advertisements in the Madras Dailies and the Fort St George Gazette. After considering the applications, the Syndicate selected five candidates and appointed a committee-consisting of Mr. O. Pulla Reddi, Mr. B. Tirumal Rao, Mr. ECWood and Major JAW Edden-to interview of the candidates. The new nomenclature of the Department of Physical Education and Sports Sciences was given in the year 2014 as many of the subjects imparted to the students of the Master’s course were based with sports sciences along with social sciences. Hence, hereafter the Department is called as the Department of Physical Education and Sports Sciences